Hammermechanicman said:
As bad as mower parts are to get right now certain electronics are much worse. My main wholesaler of equipment told me that the electronic components made in asia are holding up the supply chain and 100% recovery is not projected for another year. Some specialty chips are only run once or twice a year and if demand is not high enough they get back burnered. I have equipment on order that the mfgr has no recovery date projected.
Click to expand... 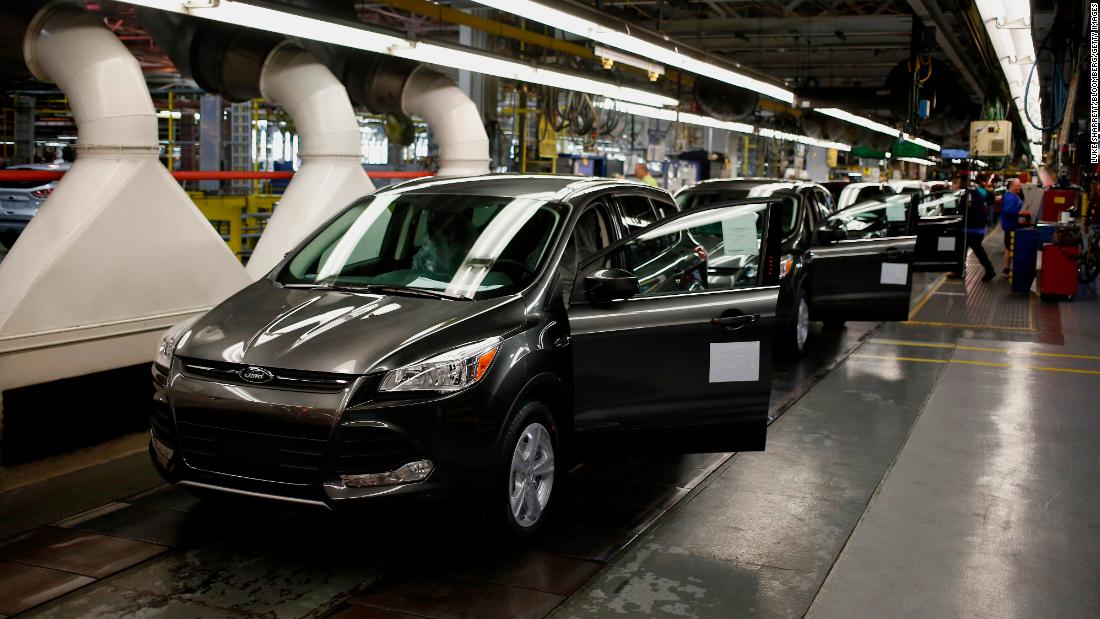 A computer chip shortage has shut down the Louisville, Kentucky, Ford plant this week, the latest shutdown because of an industry-wide problem that is expected to spread to many other auto plants in the coming months.

I have had very good buying experiences from both Jack's and Northern Tool,from as far back to when Northern Tool was Northern Hydraulics. As someone that has and likes(loves?) his older "vintage" mowers,my issues have been 'No longer Available" parts. A deck lift rod that listed new for $7.00 was on one site that did have it for over $25.00! Some sellers wanted over $20.00 just for shipping. All for a 12" 3/8" dia rod with 2" of threads on one end. Obsolete or very expensive,unless one has a tap and die set!
B

I always like these types of threads.
You can easily see the people who have been in business for themselves and also those who have never been in transport / warehousing or distribution .
The warehouse I go to most regularly has 2 sales staff, 3 order pickers , 3 order packers & a dock supervisor .
so around 1/3 of the staff do nothing but wrap & pack orders and their wages have to be accounted for, let alone the time spent manifesting the goods, and the packing materials used .
Mower parts are not like books that can be slipped into a book bag , have the computer printed docket stuck on the front then tossed into a bin waiting for collection.
And as Pete often jokes, he can pack 4 pallets of parts in a day and no two will be the same, from decals through to complete transmissions .
Each one has to be packed according to the delivery companies regulations which also varies and because he is good every one despatched via the best value transport operator.

As for stored part inflation
A warehouse space has a price on it per hour / per day / per week / per month / per year and stuff that has been sitting there for 20 years will have accrued 2000 x its actual value in space costs.
Some bigger warehouses have computer programes that add this to parts that have been sitting unsold for X years.
And then there is funny tax laws in some places in the USA where tax is levied on the inventory in stock on a particular day, which is why we get millions of remaindered books sent down here from the USA for less than the actual printing costs.
On top of that there is oppertunity costs because the $3 they paid for the $ 7 retail part 20 years ago has prevented them buying $ 50,000 worth of fast moving parts over that time .
Then there is the space costs, that pallet of slow moving parts sitting there gathering dust can be taking up the space that fast moving parts could be using gathering profits .
And finally the wages & bonus system used to renumerate management often uses the P:E ratio as a measurement so keeping the minimum amount of stock on hand reduces the Equity so boosts the Profit to Equity ratio . Accountants all think ( or rather don't think ) the same .
H

As we now see cars & trucks & Electrics and battery development leaping to the forefront, these parts places gouging us for years on shipping will be offering shipping free and a double digit discount for orders over $10. I don't deny anyone their fair shipping costs, but a decal which could be put in an envelope and sent for .60 cents should not cost $25 shipping. So sad, as there are still a bunch of (us) people out there with mechanical skill to fix these things.
B

honda george said:
As we now see cars & trucks & Electrics and battery development leaping to the forefront, these parts places gouging us for years on shipping will be offering shipping free and a double digit discount for orders over $10. I don't deny anyone their fair shipping costs, but a decal which could be put in an envelope and sent for .60 cents should not cost $25 shipping. So sad, as there are still a bunch of (us) people out there with mechanical skill to fix these things.
Click to expand...

Agreed
In fact it should be put in an envelope along with some of their dealers stickers & shipped for free as a promotion.
However they have decided to do a flat rate minimum shipping cost of $ 25 which is not a good idea.
But as for gouging very few warehouses break even on their freight charges.
And no freight will never get that low because depot to door is very expensive to do .
particulalry when some isolated places have to send a vehicle 50 miles to make a single delivery.
My first transport job was delivering air freight satchels .
The company got paid around $ 8 for every $ 60 satchel they delivered.
I got paid $ 1.00 + 50c for each additional one going to the same address.
The outer west metropolitian driver got paid $ 14 and was still struggeling to make a reasonable wage where as I was turning over better than $ 1000 / week
Then there were the intra state at between $ 25 & $ 40 a satchel .
People from outside transport have no idea about the costs.
And of course there were 4 data terminal operators who worked 10 hours a day sending back the POD's
Electric delivery vehicles hat are more economic to run than a diesel one are still at least another 15 years away.

The only thing that will push down delivery fees is if there is a single delivery agency ( used to be called the Post Office ) so they can take advantage of volume economies or slave labour by illegal imigrants.
Noe Amazon workers right now have a massive bill of claims with include things like toilet breaks .
Warehouses that have only standard sized objects like bed linnen for example have been automated for decades but for complex goods of massive variance in shape & weight it will be people for a long time to come.

The las warehouse I was involved in delivered wine into the city.
About 50 tons of it a day to over 2000 customers from single $ 1500 bottles to pallets of $ 2 bottles.
If you think these are going to be delivered by drone you are dillusional .
Amazon like to paint the "future" picture but for them alone in the Sydney city they would need over 100,000 .
Now multiply that by the 1000 or so delivery companies and the people below would never see direct daylight .

Sorry to hear about this merger but that seems to be the way things are going (consolidation).

My favorite source for small engine parts is mymowerparts.com (AKA K&T Saw shop). Sorry Bert, they don't ship beyond the lower 48 states.