I have a 1982 5hp B&S engine. Here's the info from the name plate.
MODEL TYPE C0DE
130202 0198 07 82042807
For several months, I've been fighting a persistent problem with this engine, which was on my late father's rototiller, and which I'm trying to restore. Although the engine starts easily and reliably and has good power, it is popping. Not big back fire pops, but smaller very frequent pops. The plug is very wet and black with what I assume is fuel. I took it to a local repairman who said it was the carb and I should junk the engine. I didn't believe this because the engine ran so well. ( I've plowed up a lot of ground with it, very successfully. ) But I really want it to run properly, so I bought another carburetor, an OEM B&S in genuine packaging. The problem stayed the same. Maybe a tiny bit better. I can also smell exhaust really bad. I've repeatedly adjusted the one screw on the carb as instructed on B&S web page. All the way in then, back it out slowly 1.5 turns. This makes no difference in the popping or the fuel on the plug. How in the world can I get this engine to stop running so rich and dumping fuel ?

Forget to mention- the spark plug is new.

Two things I would check is
Is the air filter clean and unrestricted?
Is the choke valve opening fully?
I

Something else to consider is that engine is old enough to have issues with valve sealing. Over time the valve face and seat wear and cause issues with floating valves because you loose your valve clearances.

i've also had problems with a valve seat coming loose, runs ok but does what you're describing. The seat can be put in place and staked to secure it. Maybe a 1 in 100 chance this is it - thankfully.

Replace the coil with the newer version with ignition chip inside.

Just clip the wire to the points, and pop on the new coil, and go.

Hook up the kill wire, if it has one

No need to remove the flywheel.
H

Thanks! I'll get a new coil with ignition chip. Umm....showing my inexperience here, but how can points/ ignition have anything to do with oil being dumped out the exhaust, onto the spark plug and all over the air cleaner? I sniffed the fouled plug and it is not fuel but oil. And there is oil on the tiler frame just below the muffler. Also, if the valves were sticking/floating, would there be a commensurate loss of compression? I ask because the engine is so incredibly easy to start that it seems to have good compression. I'll borrow a compression tested from Autozone and test it, just to be sure. I also replaced the valve cover which was leaking oil.

When did oil coming out the exhaust come into the discussion?

The oil is likely from turning the engine on it's side to work on it. It will burn off after a while.

Your running/starting problem is likely your engine's old points/condensor ignition, older folks know about things like this. Briggs switched over to the electronic ignitions @ 1983-84. The first ones came with the old coil with the update module attached. Later ones were just equipped with the newer electronic coil. 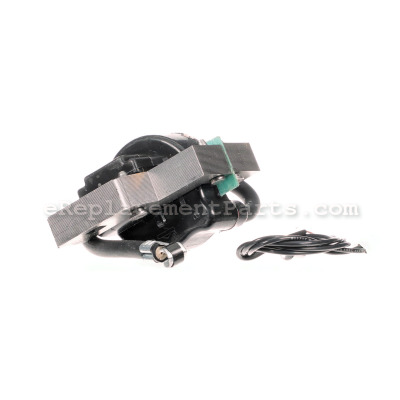